CONGRATS FOR MAKING IT TO THIS PAGE. SOMEONE THOUGHT ENOUGH OF YOU TO SEND AN INVITE TO THIS EVENT THAT COULD BE LIFE CHANGING…

Discover How To Create An Online Program In A Weekend So You Can Make Passive Income From Home, Be Seen As An Expert, And Help More People With Your Gift(s)…

Best Part? You Don’t Need To Be “Perfect,” Have A Large Following, Or Be One Of The “Gurus” For Online Programs To Open More Doors For Your Coaching Business.

Now’s The Time To Take Your Expertise And Package It Into An Online Program So You Can Help A Lot More People And Make A Lot More Money.

If you’ve ever wanted to create your own successful, lucrative online program, then this message will cut to the chase and give you the answers you’re looking for.

That’s because on June 10-12, I’m holding a virtual event called Online Programs That Sell: Make Programs People Crave, and in it, I’m going to reveal how to create your own online programs that sell like hotcakes.

You see, I’ve created over 47 different online programs over my 20 year coaching career. Not all of them have been huge successes. But, many of them have made millions of dollars. And over the years, I’ve figured out the difference between the flops, the moderate successes, and the huge successes.

And, during this special 3-day virtual event, I’m going to reveal my “secret formula” that’ll help you take your coaching knowledge and package it into an online asset that’ll help a lot of people and allow you to make a lot more money at the same time.

The best part is you’ll discover how easy and fun it is to create online programs because you’ll watch me do it LIVE!

ONLINE PROGRAMS ARE GREAT FOR SO MANY REASONS:

Online programs make you money without taking up your time. You can create a program once and then it might keep selling for the rest of your life. (The reality is you’re probably going to want to make updates to the program from time to time to keep it fresh and relevant, but you might only do that once every 3-5 years.)

They attract more 1-1 clients, live event attendees, and Mastermind participants. People who buy your online training program are more likely to want to work with you personally and get more of your programs.

They also make for better clients because they already understand your philosophy and overall approach to getting results.

3. Position You As The Expert

Your online program sets you up as the go-to expert. If you create a program called “Soulmate Secrets”, people will realize you know a lot about dating and relationships. Even if people don’t buy your program, they know you’re an expert on the subject matter and they’ll want to hire you right away.

Not only does this make people want to work with you more, but it also makes it easy for people to recommend you. It’s often easier to recommend a program than to recommend someone hire a coach. “Want to find your soulmate? Check out this cool program…”

Online programs are usually much less expensive than your coaching, consulting, or healing services so they’re affordable to more people. And because they’re less expensive they are easier to sell.

How I Discovered The Secrets To Online Programs That Sell...

I started off as a coach 20+ years ago. I loved helping people and I wanted to do it for the rest of my life.

But I realized I could impact only a certain number of people during 1-on-1 coaching.

I wanted to impact more people beyond 1-on-1 coaching time, so I decided to create my first online program.

What I did was “Frankenstein” bits and pieces of what I learned about creating online programs from a bunch of experts and gurus.

…you know, all the perks of selling your own online program over and over again.

But then, something heartbreaking happened…

I only got three sales and I only charged $39 for my program!

Needless to say, I felt like a total failure.

I Should Have Realized This Failure Was An Amazing Success, But I Didn’t…

I should have learned from this experience that I should have raised my price and have had better marketing systems.

I also should have learned to have better joint venture support to get my fledgling little product out to the masses.

I felt like a total failure, stomped all this out, and didn’t create another online program again.

That is, until a few years later.

That’s when I decided to create a group coaching program that I recorded and turned into an online program.

That program made $68,230, so I decided to create another. And another.

I eventually created Free Sessions That Sell — it made half a million dollars in sales the first time I offered it and has generated millions of dollars since.

And I also created Big Money Business Coach and it generated millions of dollars.

Overall, I’ve generated over 10 million dollars worth of sales thanks to online programs over the last several years.

Some of these programs had a handful of sales and others generated over a million dollars.

But I will say that…

Some of these I’ve learned through trial and error, and others I’ve learned by investing in other people’s programs.

In fact, I’ve invested over $100,000 in sales and marketing training over my long coaching career.

And I’m going to bottle up everything I’ve discovered and share it during Online Programs That Sell — so you can follow my exact process.

You’ll get to discover my million dollar insights and avoid all the trial and error I had to endure when I started out.

Everyone Has Specialized Knowledge or Skill That Can Be Packaged Into A Profitable Online Program.

And it doesn’t have to be in the big niches like health or self improvement either.

Here are the best parts…

1) You don’t need tons of time on your hands to create an online product.

Perhaps you’re serving your clients 1-on-1 or you’re just getting into coaching and are working a full-time job.

The good news is you don’t need to spend months creating an online program.

That’s because I’m going to reveal how you can create an online program in a weekend.

I’m also going to reveal how you can get it up and selling with as little “techy” stuff and confusion as possible.

These days, there are plenty of tools that make creating and selling online programs easier for everyone.

You no longer have to be a programmer, web designer or a master of technology to impact more people online with your gift.

2) You don’t have to be “perfect” or have zero problems in the subject matter you’re teaching.

The truth is nobody’s perfect and nobody has it all figured out. It’s an unreasonable standard we coaches tend to measure ourselves by.

You just need to have specialized knowledge people would gladly pay to discover so they can solve a problem or fulfill a desire.

For example, if you’re a relationship coach, don’t think you have to have a perfect relationship.

Because if you’re a relationship coach, all the problems you’re going through in your own relationship are going to provide the best stuff to talk about … assuming your partner is okay with it.

3) You don’t have to be extremely well-known or one of the “gurus” to be successful with your own online product.

Not everybody is everybody’s cup of tea.

For example, some people think I’m awesome. Others think I’m boring, greedy, selfish or whatever negative word you want to use.

Maybe you want to create an online program in the online marketing space but are intimidated by Tony Robbins.

There are a lot of people who don’t like Tony Robbins. I happen to like him (I was even in his Platinum Mastermind and spoke on his stage once), but I know a lot of people don’t.

So don’t feel like you have to have a big list, have a huge following, or be one of the “gurus” or experts to be successful with online products.

There’s plenty of room for everyone to be successful if you have a big heart, a huge desire to help people, and the right blueprint.

And that’s what I’m going to reveal during Online Programs That Sell: Make Programs People Crave.

Here’s Just Some Of What You’ll Discover
During This 3-Day Virtual Event:

Discovering the secrets to creating online programs has made me millions. That’s why Online Programs That Sell is valued at $2,000 per ticket…

But because you’re a guest of one of my community members, you have a $99 guest ticket. This is something not available to the general public.

Tickets are available on a first come first serve basis, so if you already know you’d like to create your own online programs (or you’d like to take ones you already have and get them to sell better), then I recommend you register right away.

The entire event will be held over 3 days via Zoom, and our line only holds 500 people.

Many slots are already taken by members of our high-level Masterminds and coaching groups, so this event is guaranteed to fill before we go live on the 10th. 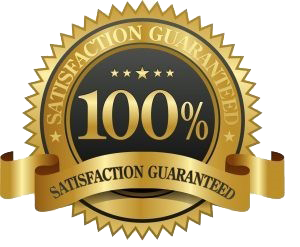 Plus, even though I’m practically giving away tickets for just $99, you’re still backed by my 100% Solid Gold Money Back Guarantee.

Attend the entire first day and if you don’t think it’s worth your time or money, just let us know before the start of the second day’s training and we’ll give you full refund.

Now Is The Time…

The truth is you have a special skill, talent, and/or knowledge people would pay big money to discover.

…and help more people beyond 1-on-1 and group coaching.

So, register for Online Programs That Sell and get ready to help more people, make more money, and change the trajectory of your coaching business forever.

Thanks, and I’ll see you there! 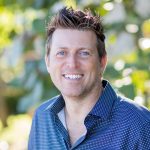 Some Frequently Asked Questions About Online Programs That Sell:

Q: You mentioned this is going to be a “virtual event.” What does that mean?

A: The entire event will take place over the Internet via Zoom vs. in person. That means you’ll be able to watch the entire live event from home.

Q: When will the event start and end on each day?

A: The event will happen between the hours of 9am and 7pm Pacific Time depending on the length of the Q&A sessions and program makeovers that’ll happen during the event.

Q: I’m just getting started and don’t have a niche yet. Is this for me?

A: Yes, even though you don’t know your niche or market, I highly recommend attending this virtual event. I’ll be doing a lot of workshopping on choosing a niche, so you’ll get greater clarity and direction if you’re undecided.

Q: My schedule is already full and I’m not sure I have enough time to create an online product. It takes a lot of time, doesn’t it?

A: The good news is you can create a program during a weekend. That’s exactly what I’m going to be doing when I record this event and turn it into a $2,000 product. So, not only will you learn a lot during the event, but you’ll be watching me create a program so you’ll see how it’s done so you can “copy” my process.

Q: But I don’t have a big list or following?

A: I’ll show you how to get other people to market and sell your programs for you and how to build a big tribe of friends, fans, and followers hungry for exactly what you offer.

This’ll allow you to get those first critical sales so you can gain momentum fast and reach more people with your gift(s) during this strange time.